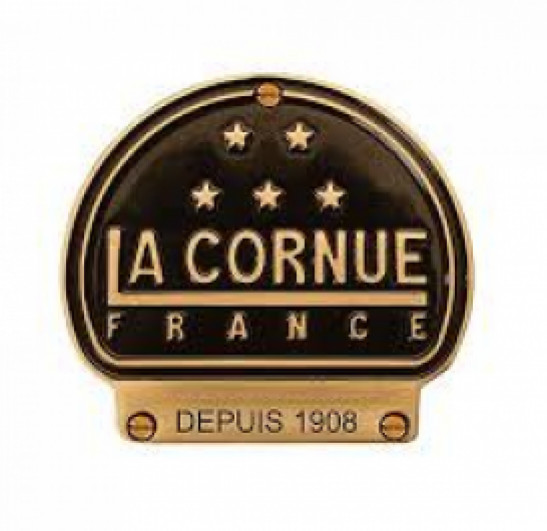 Of course, I had been dreading having anything go wrong, with such an elegant French design. The official Cornue website gave the address of D'Verte, and what first impressed me, when I contacted them, was that they asked for the numbers which showed precisely which model the stove is (it was installed, by another company, about nine years ago, and I had no idea . . . it turns out that numbers are etched into the drawer). In 'typical Dutch' economy, they did not want to schedule an appointment until they knew if they would have the repair parts needed, before coming to the house. This immediately gained my respect. Frans arrived, looked at the oven, and immediately began to assess the situation.  This was a complex process, because he first had to discover where it was plugged in (a fact which I did not know?), then disassemble the control panel, to pull out the res. Fairly shortly, he announced, 'I have found the problem' (which was a burned-out connection--he showed it to me), and I asked, trembling, 'Can it be fixed?' Within an hour (it was quite a complicated repair job, done with zeal and dispatch), everything was restored, Frans checked for certain that the electric oven was now working, and departed (to drive two hours to his next appointment). I will only add, the price for all of this was very, very reasonable. All of this was done with the highest intelligence, and at the speed of light. I am so glad that I found this address!